Black Cat Music & Acoustics, playing the game at the BAFTAs! 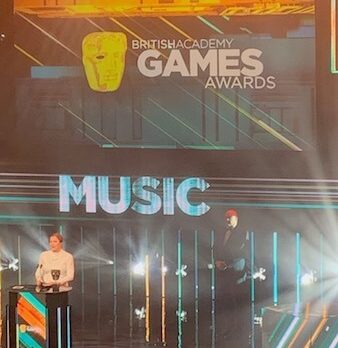 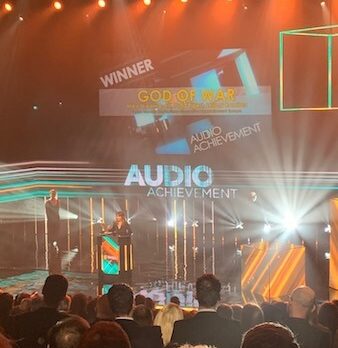 Since 2004, the gaming industry has celebrated excellence with the BAFTA Games Awards and, thanks to an invitation from our friends at High Score Productions, Black Cat’s Chloe Prince attended the recent 2019 event at the Queen Elizabeth Hall on London’s South Bank.

“We love working with the gaming industry” said Chloe, “Many of our voiceover and musician customers, including Bethan (Bethan Dixon Bate the award-winning voiceover artist we interviewed in January), also contribute their talents to various titles within this popular genre. As the development of studios, recording studios, post-production rooms and live motion capture is such a highly technical skillset, gaming specialist require spaces set up to the highest standards to ensure their expression and creativity is not compromised by technical errors or restrictions.”

“I loved listening to the nominations for Music and Audio Achievement. It was such a celebration of different musical styles and, as much as I personally enjoyed Celeste’s eclectic chiptunes music, I could see why God of War’s grand orchestral arrangements combined with music inspired by traditional Viking folk songs won.” The music for God of War was composed by LA based TV and film composer Bear McCreary and included a full orchestra, an Icelandic choir and folk percussion.

Chloe was full of admiration for all the winners and nominees “I can’t thank High Score Productions enough for the invitation. The levels of technical skill and imagination being celebrated were second to none.”

Chloe and the Black Cat & Acoustics team will be attending the 2019 Develop Conference in Brighton this July.