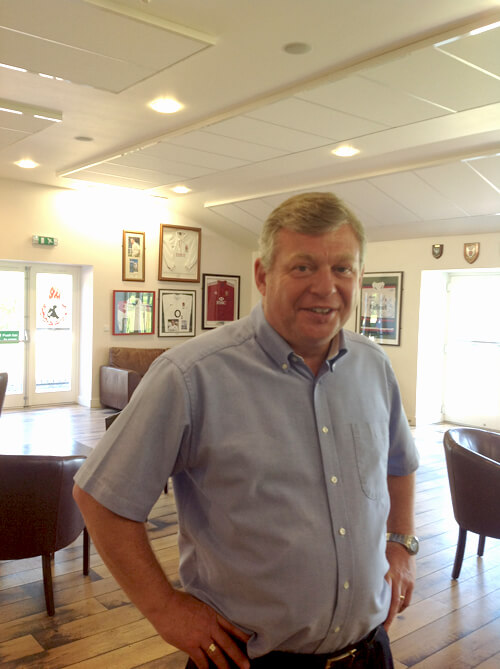 Supply and installation of ceiling absorbers to reduce levels of sound reflection.

Black Cat Acoustics has years of experience in rectifying ambient noise problems in all sorts of places including school halls, music rooms, sports facilities, swimming pools as well as village halls and club facilities.  A typical recent example is Crowbrorough Rugby Club where it was quickly realised that there was a noise problem in their new building.

In the words of club Chairman and Commercial Director, Graham Callard, “The acoustics were terrible”.  He continued, “We had some early parties and people could not hear themselves speak.”  This prompted Crowborough Rugby Club to look for a solution and Black Cat Acoustics were recommended.  Graham continued, “We set two criteria – the quality of the acoustic panels to do what they say they are going to do and of course the aesthetics.  Black Cat Acoustics met both criteria and the people we worked with were excellent.”  Describing the experience of  engaging Black Cat Acoustics, Graham Callard said, “The survey was done very quickly, very professionally with good advice.  The fitting was just superb.  Dates were agreed in advance and delivered on time.”

Clearly delighted with the transformation of the ‘block and brick’ club house into an aesthetically and acoustically pleasing environment, Graham said, “It has made a tremendous difference.  Before four people could not hold a conversation without the noise reverberating round the walls.  Imagine a hundred people with music in the background – it would be deafening.  Since we’ve had the acoustic panels things have changed dramatically.  People can have simple conversations in large or small groups.  Our main question was ‘Would it work?’ – and yes, it works perfectly.”

To watch the video of this interview go to youtube.com/blackcatmusiceurope